Synopsis :
There will be times when you feel you have the best relationship, ever There will be times when it will be the worst that has happened to you There will be times when you know you are getting into something terrible; something that will not stop till it destroys you And yet . . . You will be pulled into it so inextricably, unstoppably . . . Dhruv knew Anuradha was his true love. So, despite being married with kids, he still went ahead with their affair. He hid it from his wife and his colleagues. He told lies so he could be with her-it was that amazing! But he couldn’t save himself from the dark secret she was keeping. It pulled him into a vortex of danger so deep that he lost all he had. It happened to him and if you think it can’t happen to you-think again.

The first time I read the blurb, the book gave me that Savdhan India (Beware India) feels. It’s a show which airs negative incidents happening all over India, acted out by different actors to make India aware of the different ways some people can burn down your peaceful, happy life while some can save and at the end of the show the narrator gives a speech on how to stay alert and prevent such incidents. Well, I do not fancy watching such shows but my mom is prone to watching them mainly because I stay long hours outside and watching this she gives me lectures on how to stay safe. Though I scold her for building high tension watching all these, she is a sweetheart.

Now, back to the story. When I first started reading the story, I realized one thing. I was finding the whole idea of falling in love with your own office’s junior while till then you were happily married to a super talented and caring wife, once your girlfriend, and have two children, a little bit disturbing. All right . . . Not little, very much disturbing. But then again I cannot possibly blame the author for thinking of such a story because it happens all the time and is so true.

The story is about how Dhruv, happily married to his once girlfriend – Shalini, falls in love with this new girl in office, Anuradha. From the first moment he saw her he found himself getting drawn towards her; he knew for sure, she was his true love. He fell deeper and deeper into the dark and dangerous game of extra marital affair. He always had this feeling of Anuradha being sad at times. Soon he came to know the reason – her boyfriend had committed suicide, living her all alone and lovelorn. Dhruv couldn’t help but get closer & closer to her. They end up making love and then when problems dawn into his life. If lying to his “beloved” wife and children wasn’t enough, he is blackmailed to bring a secret video which is believed to be with Anuradha. All these leads to Dhruv ending up in the place where Sid, Anuradha’s dead boyfriend, had committed suicide and then he learns of a spine chilling secret which changes their relationship forever.

Who were the blackmailers? What video were they looking for? Why did Dhruv end up in Sid’s suicide site? What was the secret Dhruv came to know? What happened to their relationship? Lastly, why did he do such injustice to Shalini?

To uncover all these questions, all you have to do is pick up the book.

I must say I enjoyed every bit of the book. Though it was disturbing and frustrating at times, I couldn’t just put it down. I had to read on and on till I reached the very end. This whole idea about finding “true love” seems very thoughtful. Maybe Anuradha was that other half of his incomplete wholeness which he had never noticed till meeting her. Maybe that’s why he felt so complete when with her. Then again, was it right? No. To lie to Shalini, to keep her in dark, to make himself understand that he loves both the women, it sounds wrong. Dhruv sounds like that idiotic guy who is bound with his wife out of long familiarity and responsibilities while he is in love with another woman. I would have loved if the author had given a further insight to Shalini’s character and how she understood whatever was happening and how she felt about it. I liked the ending but then again it seems Dhruv was that desperate guy who though showed he felt guilty towards his wife, he really was not at all that much sorry and till the very end all he could think about was Anuradha. 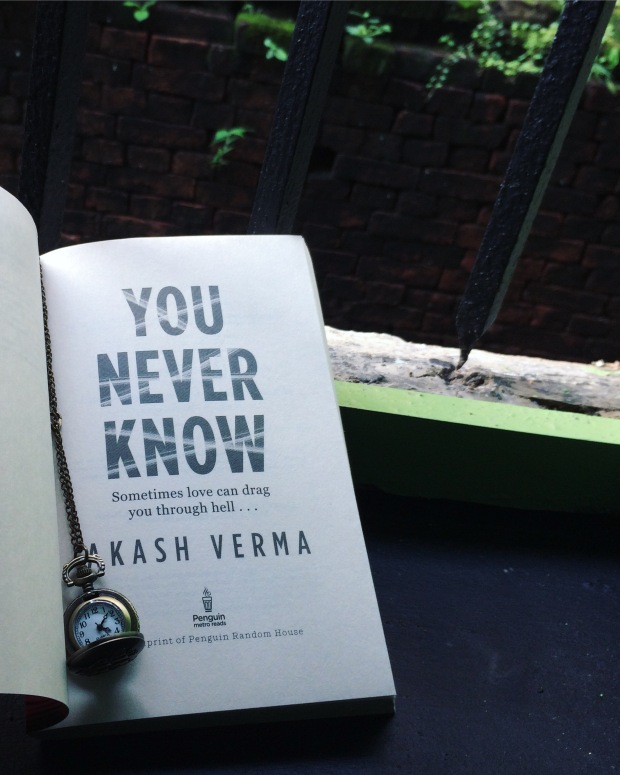 The writing pattern is skillful and form of story telling, very much attention grabbing. The writer has the great ability to give visual effects to the reader.

I received a copy from Writersmelon in exchange for an honest and unbiased review.

Akash Verma is an entrepreneur. He is the co-founder of two internet start-ups in the fashion and food sectors. Prior to this, he was in the corporate sector, in organizations such as Coca-Cola, Big FM and Red FM. His work has taken him across the country and he uses this experience to give context to his stories. He has authored three books till now: It Happened That Night, Three Times Loser and A Broken Man. Akash is currently based out of Gurgaon, India. He is also interested cinema, literature, history and travel.